Orestod Holdings is a real estate development and asset holding company located in Covington, Ohio. Orestod is owned by the Haines family, longtime Covington residents and businesspeople. Orestod owns and manages a number of properties in downtown Covington, including Marias Technology, Glacier View Coffee, Pacific Coast Surf Styles, and Elias & Oliver Boutique. The owners of Orestod also act as the board of directors for the Newberry Theater Preservation Foundation, which is undertaking the renovation of the former Newberry Township Building, also located in downtown Covington. 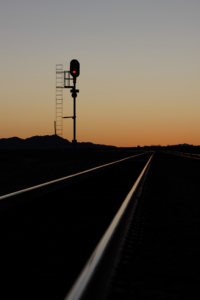 Like most things affiliated with the Haines family, the Orestod name is railroad-related. Orestod (pronounced or-eh-stod) is a point on the Union Pacific railroad line (formerly Denver and Rio Grande Western) west of Denver in the Colorado Rockies.

Orestod is the east end of a rail line known as the Dotsero Cutoff, which was built to connect two existing railroad lines. The starting point for this new line was named Dotsero. When it came time to name the opposite end of the line, without much creativity, the point was named Orestod (Dotsero spelled backwards). This part of Colorado is an area frequented by the Haines family on many vacations in the 1970s and 1980s.